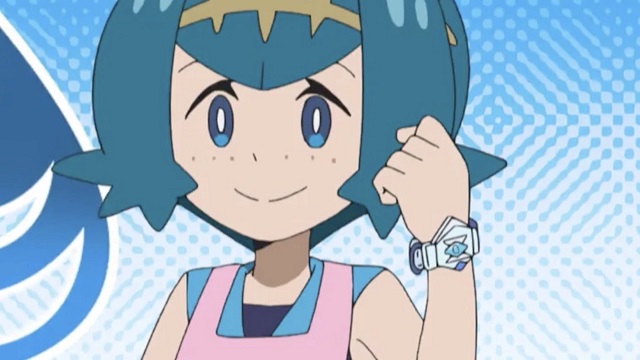 Lana is a Trial Captain that specializes in Water-type Pokemon. She appears in Pokémon Sun and Moon. Lana is a student at the Pokémon School on Melemele Island and one of Ash’s former classmates. She made her debut in Alola to New Adventure!.

Lana is a short and slender young girl with fair skin, blue eyes, and short blue hair, the latter in which she wears a yellow string headband that resembles a fishing net. She wears a short blue cape behind her back, a sleeveless white sailor shirt on top of a dark blue swimsuit with a blue fish decal in the middle of the chest, and long blue pants with a yellow string near the waist (from which hangs a badge shaped like her Trial Captain symbol) and blue Hawaiian wave patterns on the bottoms.

On her feet, she wears darkly-colored rubber sandals that are too big for her. She is also often seen with a fishing rod.

Lana Pokemon is dedicated to her family and is a reliable older sister who watches over her younger twin sisters. She is fairly timid at times but does her best to prove her skills as a Trial Captain. She also likes to jokingly tell stories of false events which is up to the player to believe it or not.

Lana is a seasoned fisherman, who can fish out most Water-type Pokémon, and fights to the end for any bigger prey. She is also seen as suitable fishing teacher, being asked by Professor Kukui to teach her classmates the proper way to fish for Pokémon. In addition, Lana is very athletic, always landing on her feet.

The name Lana comes from lana, Hawaiian for “floating”. It could also come from lilia-lana-i-ka-wai, the Hawaiian name for the water lily.

One has to swim to the whirlpool, where the Wishiwashi school forms. After beating this Totem Wishiwashi, Lana awards with a Waterium Z and one of her homemade Fishing Rods. One can battle her when finding her house and her sisters entice her to do so. 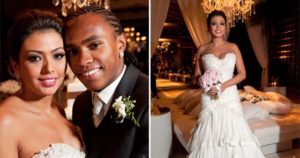